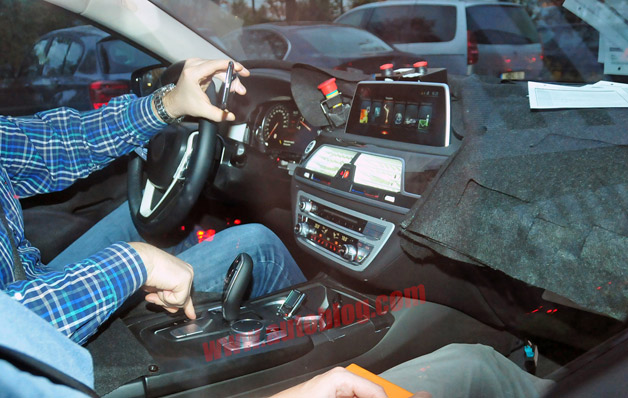 The next BMW 7 Series looks to be leading a rather dramatic change of the company's interior styling, judging by this new series of spy photos.

In the trio of shots, we can see that the next 7 Series will replace the high-quality plastic buttons of the brand's iDrive, HVAC and secondary audio controls with some very, very pretty aluminum pieces. We can also see what looks like haptic touch controls for some of the HVAC systems. While the 7 Series interior has never been bad, it's lagged notably behind the Audi A8 and new Mercedes-Benz S-Class. This brightwork should be taken as a good sign, then, that BMW is preparing to take the fight to its countrymen. Aside from the handsome new switchgear, the large, wide nav screen looks like a pop-up unit, while it appears to be running a new version of the company's infotainment system.

These spy photos also give us our most detailed look at the 7 Series' new laser headlights. According to our spies, these will be an optional extra, while LED headlights will be standard. The high-output lights will flank a wider pair of kidney grilles that our spies claim will give the 7 a sportier look. Changes in back are still camouflaged, although our shooters claim the new lamps will be more angular than the current car's.

Expect the next 7 Series to make its debut in the second half of 2015, which could indicate a debut at the Frankfurt Motor Show.