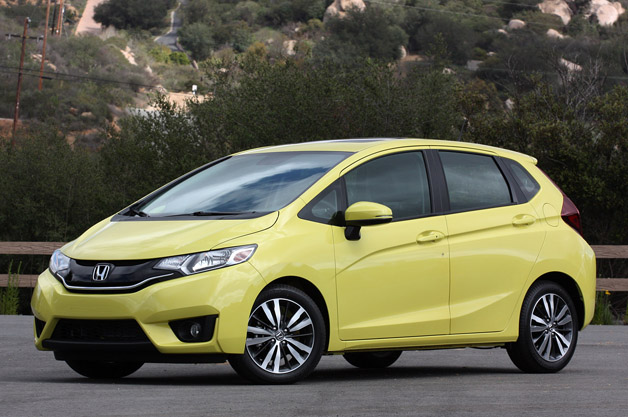 The last time we left our subcompact hero, the plucky Honda Fit was getting a bit long in the tooth. But the second-generation model was still holding its own rather well, and for the enthusiast on a tight budget who wanted it all, it remained the car of record in its class. If you desired an endlessly practical and reliable little hatch that was fun to drive, it didn’t get much better than the Fit. Even with nearly every competitor having been fully freshened since the model’s introduction in 2009, the Honda managed to fight off also-ran status simply because of how incredibly functional and great to drive it was. Long story short: we loved this car.

Of course, there were a few caveats to the Fit’s superhero status. It wasn’t particularly fuel efficient, only mustering up, at best, 33 miles per gallon on the highway in a segment where 40-mpg quickly became the new benchmark. What’s more, its onboard technology and infotainment was seriously showing its age. While we’d praise the Fit’s behind-the-wheel goodness all day long, this shining beacon of great steering and suspension tuning never proved to be all that wonderful for long-distance highway cruising.

Now, say hello to the 2015 Fit, hitting dealerships this spring. Worry not – it’s still clever as ever from a packaging standpoint, and comes fitted with lots of newness both inside and out. It’s a far more competitive vehicle than its predecessor, and has everything it takes to fight even the toughest of classmates. But just as before, our recommendation doesn’t come without a few caveats.